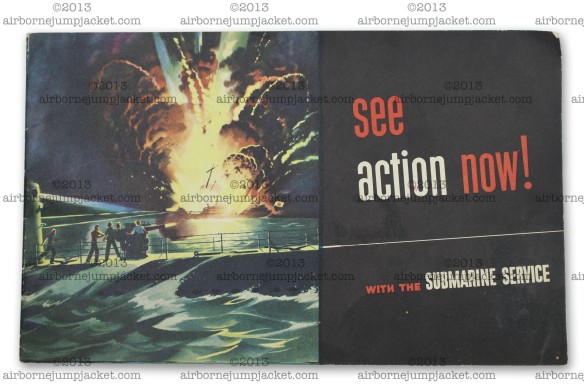 These two original brochures were made by the United States Navy during World War Two in order to recruit men for the submarine service.  They are both similar in that they feature eye-catching graphics combined with some text discussing the benefits of the submarine service.  Some of the benefits that are mentioned are the better quality of food, constant action, increased responsibility, etc.  I like them both, but the top one I think has very powerful imagery and is my favorite WWII US submarine recruiting related item.

The US submarine force rapidly expanded during WWII, so they were always looking for new recruits.   Items like these were given out in hope of convincing brave and adventurous men to join the submarine service.