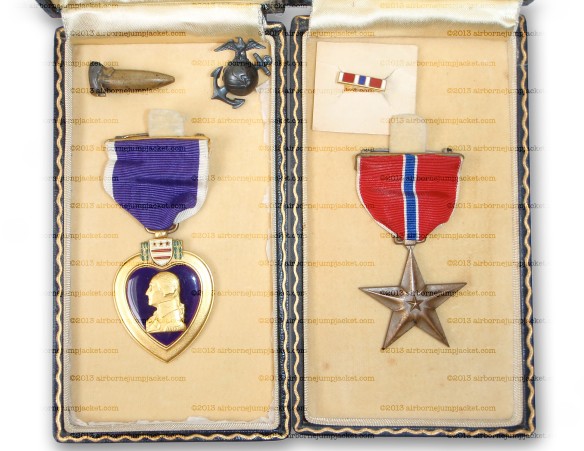 This World War Two USMC Purple Heart and Bronze Star medal grouping belonged to a Marine who had been a Raider, but later transferred to the Ninth Marine Regiment, Third Marine Division.  While with the 3rd Marine Division, he was wounded during the fighting on Iwo Jima.

The letter discussing the awarding of the Purple Heart and also the deformed bullet, were both found inside the Purple Heart case.  I have had many groupings over the years, were Veterans kept the bullet or piece of shrapnel that wounded them as a souvenir.  I am guessing that this is the case with this bullet, but unfortunately have no other information regarding the bullet.

Side View of USMC and USN Style of Bronze Star Medal