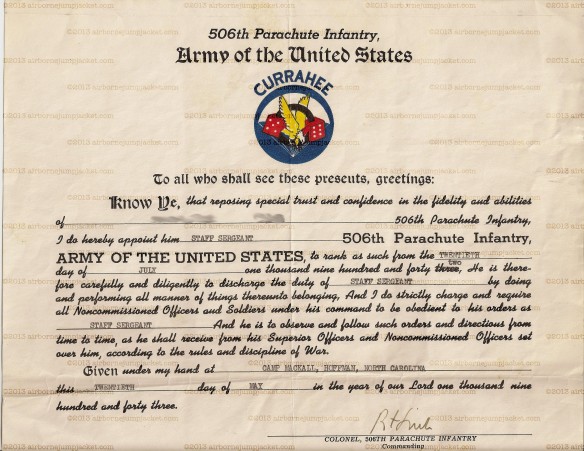 This original WWII 506th Parachute Infantry Regiment promotion document was given to a member of C Company, 506th PIR.  It is part of a larger group that I own from that Veteran.  Please note that we have blurred the Veterans name in the photo for privacy.

These documents were printed by this regiment to be given to their paratroopers when promoted.  It is signed by Colonel Robert Sink, the famed commander of the 506th P.I.R. throughout the war.  Col. Robert Sink was portrayed by the actor Dale Dye, in the HBO’s miniseries The Band of Brothers.

These documents are fairly hard to find today.  Because they are hard to find and they are signed by Colonel Robert Sink, they usually are very pricey when they do surface.