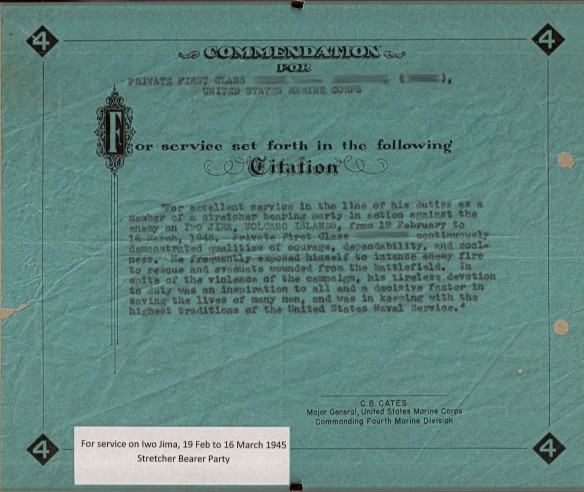 Being a USMC stretcher bearer was extremely dangerous work in the Pacific Theater during World War Two.  The Japanese did not follow the Geneva Convention protective rules regarding wounded troops and the people attending to them.  Instead, Japanese soldiers during WWII were taught that stretcher bearers were one of the first priority targets to eliminate.