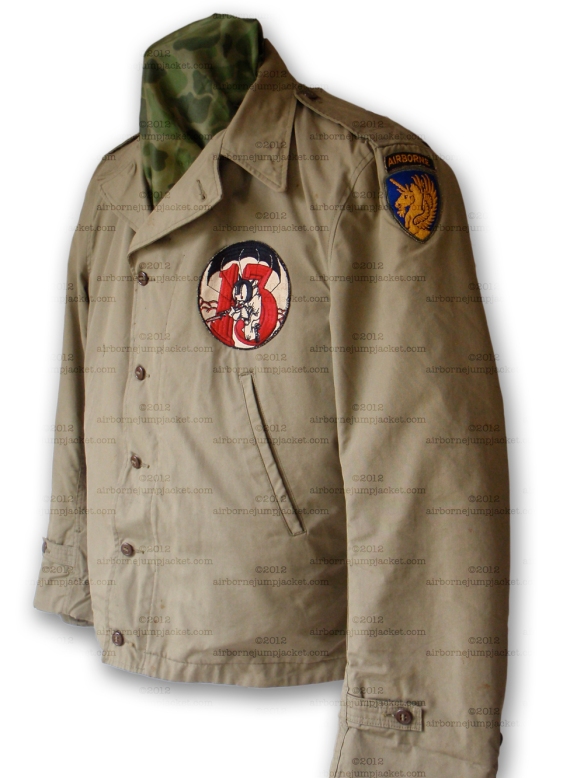 Here we have a nearly mint, World War Two M41 field jacket.  These were worn by the US Army in the ETO all through the war.  This particular jacket belonged to a paratrooper of the 513th Parachute Infantry Regiment who had a 513th PIR pocket patch sewn on to his jacket.  The 513th was at that time part of the 13 Airborne Division. It was later transferred to the 17th Airborne Division, where it became famous for its participation in the Battle of the Bulge and also Varsity, where it made a combat jump.

This particular paratrooper was later transferred to the 517th Parachute Infantry Regiment during the war.  This probably explains why this jacket is in such pristine condition and why it still has the 13th Airborne Division patch on it.  I suspect that after his transfer, he never wore this jacket again.

The 513th Parachute Infantry Regiment pocket patch is one of my favorite Airborne patches of WWII.  I just love the graphics on them.